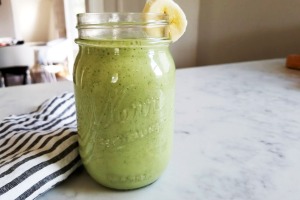 Sir Dave (and the rest of the world) has been on this smoothie kick thing for years. I tried to wait the trend out with my bacon, egg and cheese croissants – but I’m not going to lie, those green smoothies everybody is drinking started to look kind […] 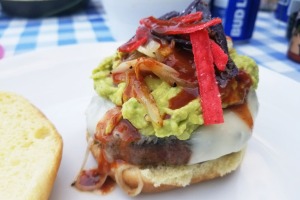 It’s been awhile since I’ve posted something meaty + messy as my tagline proclaims, but that’s going to change given the amount of grilling and smoking of all the meats we’ve been up to lately. I’m also pretty sure that last night at our block party we agreed […] 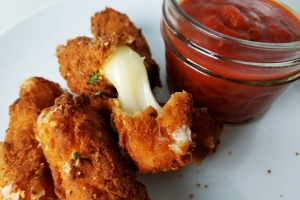 Happy Thursday all! I hope you had a good 4th filled with yummy food, fireflies, friends and fireworks. I ate all the things and drank all the beers, so I am basically eating salads and drinking water for the next week…although tacos and margs sound really good right […] 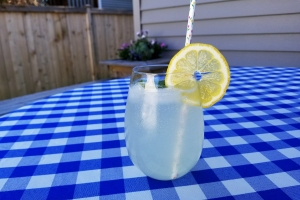 Happy weekend everybody! I wanted to throw this super easy cocktail up on the blog before the weekend kicks into high gear. Summer is about to get crazy busy for us – in all the fun, beer-y, sunshine-y, summer-lovin’ kind of ways. It’s Pride Parade weekend in Chicago, […] 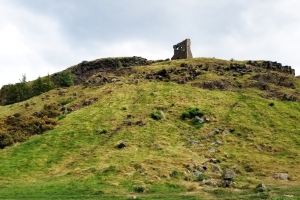 Alright party people – I’m back! I took a little hiatus from blogging and during that time we went on a European adventure that was fan-freaking-tastic. We visited Edinburgh, Islay + Glasgow in Scotland with our friends Dana + Shane and then Dave and I ended the trip […] 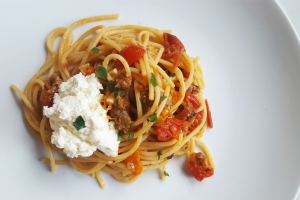 spaghetti with tomatoes and fresh ricotta

This is a recipe that I threw together over a year ago, not paying attention to what ingredients I was adding or how much of anything I was stirring in. Woopsie! But Dave loved it, and has asked me to make it again ever since. So after lots […] 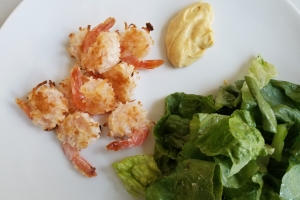 Please don’t spread this around, but last weekend I had a craving for something light-ish and non-meaty. Don’t worry though, a serious patty melt situation is coming to the blog soon. I thought coconut shrimp sounded yummy so I altered this recipe a bit and added my fave […] 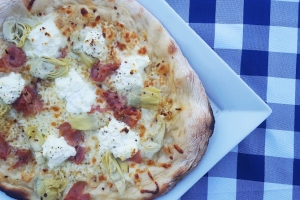 Sir Dave really brought it with this pizza situation right here. I’m not sure if the prosecco we were drinking is influencing my memory of how tasty these pizzas were, but I’m willing to say this pizza dough is some of the best I’ve ever had. This was […] 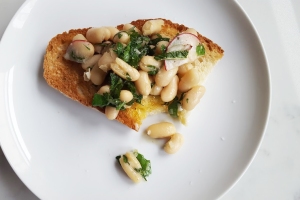 I’ll be honest. I’ve been in a food rut. I’ve just been eating the same things over and over again, including frozen pizzas and taco bell. Don’t judge – life has been busy and I love me a good chalupa. But all the junk was catching up with […] 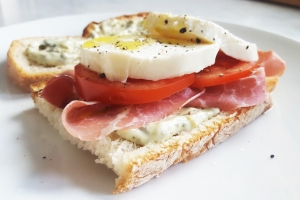 Hiya friends! I took a little break last week from posting because I headed back to Saugatuck with two good girlfriends for a lovely weekend getaway. We had some roaring fires, made delicious burgers on the grill and I rediscovered my love of puzzles (seriously though, I’m going […] 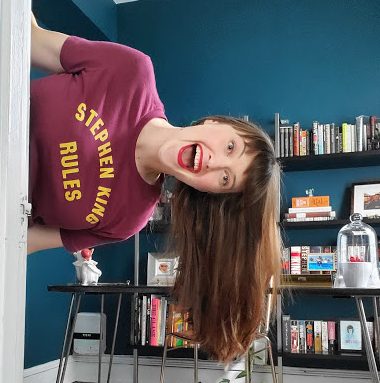 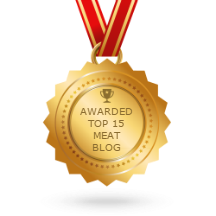 Give Me Meatloaf
Blog at WordPress.com.